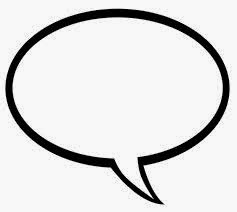 Sorry for the post delay, I was in New Jersey visiting my mother in order to avoid the “It’s fine, I didn’t want you to come home more than once a year anyway” guilt trip. When I was in New Jersey, I saw my dad (briefly, between him trying to avoid all the family in the house), and it made me think of some of the things he used to say when I was a kid. He didn’t use all of these, some are just classic dad lines from the vaults of the English language. However, these are sayings that annoyed me as a child. Now I understand…

5. “Look It Up”
This is only number five because my daughter is a little young to be asking the questions that would get this response. However, I can already see myself saying it. When I was a kid, look it up meant going to the encyclopedia, and finding the appropriate article. If I was lucky, there would be a good amount of info so I could fill seven pages of whatever report I was writing on some life changing topic like Stingrays or James K. Polk. If I was unlucky, I would have to scavenge through whatever source I could find for the needed info.
Looking it up is different these days. Wikipedia and other internet sites have made piles of information readily available. Even President Polk has hundreds of pages about him as opposed to a three page article in an out of date World Book from the early 80’s (pretty sure it referenced the Cold War as “current affairs”). It’s still an important lesson though, and kids need to learn to research questions properly. So, sorry kiddo, you have a new task. In this world looking it up is easy, but figuring out if www.hiztoryrulez.com is a credible source is your generations harder job.

That, and I am sure I won’t have a clue about whatever it is my daughter is writing her reports on in their tech driven future world. I can barely turn on my toaster without starting a fire.

4. Stop Playing With Your Food!

I always had a pretty vivid imagination… and a really odd sense of humor. When I was young, I would take the meatball from my spaghetti and a few of the noodles off of the plate. Then I would dangle the noodles from the meatball. I dubbed this creation “Squid Man” and would narrate his adventures. I did this with basically any food that could be morphed into a squid head and tentacles. I was pretty convinced this was the highest level of comedy that could be achieved by man. My father was not.

Now as an adult, I know that he was probably correct. Imagination is great, but it probably should be kept away from the concrete idea of meatballs. Now, my daughter has begun playing with her food. Sometimes nuggets start to dance, or bread becomes building blocks. I don’t stop this behavior immediately, but at some point it is time to stop playing and start eating.

However, if she reincarnates “Squid Man”, all bets are off.

OK, so this is cheating a little. There isn’t one clear line here, but the idea of Dad Jokes in general. For those who don’t know, Dad Jokes are one liners that dads cannot resist. They are usually so corny or bad that they illicit way more groans than laughs. My dad did these from time to time, and I swore that they were the worst and least funny things ever. I knew that I would never sink to this level.

I tell Dad Jokes as often as I can, and I am never less than thrilled when I nail one. When my daughter was wearing her duck towel, I told her she was “reduckulous”. When my wife got her a tu-tu for her third birthday I remarked that it should be called a “three-three”. These are awful, horrible puns that I could not be prouder of. Sorry kid, these won’t be stopping anytime soon. I just can’t wait to embarrass you in front of your friends with them.

I don’t know why certain things are rules, and maybe some rules aren’t needed. However, those are the rules, and kids create so much chaos that certain rules must be followed. So, you try to explain reasons, but kids love nothing more than poking holes in reasons, or asking “Why?” so many times that you cannot break something down anymore. You have already broken down why they cannot play drums without pants on the front lawn to its core molecular level.

Sometimes, and I despised this as a kid, it’s just because you said so. I admit this is a really bad reason for a rule, but on occasion it is all you have. So, I don’t encourage using this often, because reasons really are better than declarations, but kids are completely unreasonable sometimes. You cannot reason with the unreasonable. At least you have a decision in this one, unlike number one on the list…

Your kids have a ton of requests. They want every ridiculous thing they can think of. Some answers are easy.  Asking for a jet pack is a pretty easy “no”, and asking to use their crayons is a pretty easy “yes” (before you realize they meant use their crayons on the dogs… seriously, the easy yes answers are so rare that whenever you give one you worry about what they are plotting).

However, there is this whole subset of questions that as a dad we really don’t know the answer. It’s 2:30 PM on a Saturday and my kid wants a cookie. I have no idea if you can have a cookie. I really don’t have a clue if it’s cookie o’clock. If I give the wrong answer, who knows what could happen. Can a kid turn into a gremlin if they get a cookie at the wrong time? I don’t know… this stuff isn’t in the manual. However, somehow mom knows (or covers up not knowing way better than dad).

Mom knows if it is cookie time, or if you can watch Frozen right now. Mom also knows the secret of which nights are “stay up a little later nights” whereas dad gets that one wrong 97% of the time according to mom. Mom just knows the answer to these gray area questions. So go ask your mother… and see if I can have a cookie too.