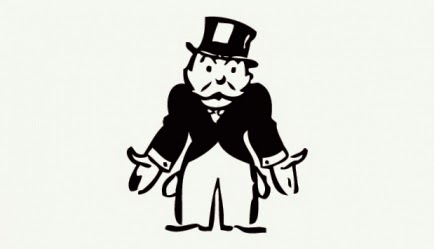 Whenever couples are planning on having kids, but aren’t quite there yet, one reason seems to be a reoccurring theme.

“We are waiting until we are more financially stable.”

I felt this same way while my wife and I were talking about having a kid. I think my father, easily the most financially conscious person I have ever met, put it best when I told him we were trying to get all of our finances in order and have a certain amount in savings before popping out a little money vacuum. He laughed and said “David, there is no right amount of money for kids… If you have $100 then they cost $100, and if you have a million dollars, then they cost a million dollars.”

So, while financial security is a noble goal, and certainly shows some foresight, it’s also generally a ridiculous reason not to have kids. I have a secret for you, unless you make copious amounts of money, and I really mean a lot, you are never going to have that magical sum of money that prepares you for children. Obviously there are extremes to this, if you and your partner are totally destitute, and can’t even support yourselves on a day to day basis, then it’s probably not the time for kids. However, for the rest of the population, I promise you this…

Kids will cost all the money you have.

The reason is simple, you will buy the best things you can for your child. Now, this doesn’t mean you have to buy every ridiculous thing they market to you, and it doesn’t mean that you cannot raise a kid without the “best of the best” stuff. However, you will find the things you find important to your family, and you will get the best version you can.

On top of that, kids are just absurdly expensive, you can mitigate a lot of it with common sense, but daycare is daycare (and you don’t get the cheapest daycare on the block, nobody wants to drop their kid off at Bob’s Budget Baby Shack…), and feeding and clothing another person is just going to cost every dollar you can come up with. I’m pretty convinced that children do not eat food, they just reach into your wallet, remove large bills, and ingest them on a daily basis for sustenance.

So, it’s important to be financially conscious, and I certainly encourage couples to do so. However, if that is really the only reason you aren’t having kids, then go ahead and join the rest of us in the world of perpetual kid induced poverty. It’s a lot more fun than it sounds.